This Band Has A Mean Story To Tell In Music & An AMAZING SOUND. 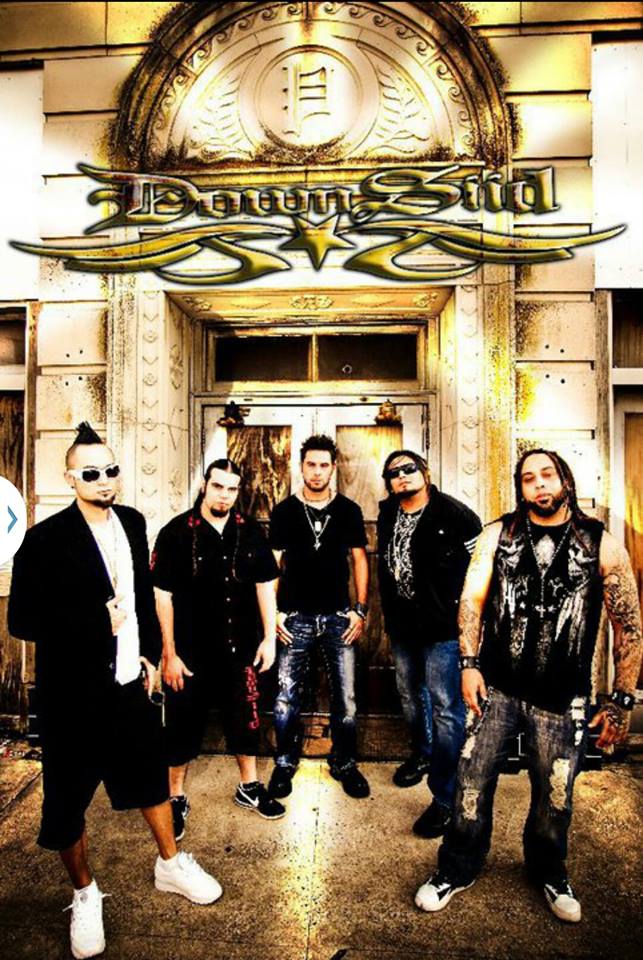 Sometimes a band comes along and you just think this will be some hard rocking loudness, but when this band hits the stage, it's an amazing sound with a different kind of sound. A sound that is hard, soft and intense. They have a style that will shock you, their music is kind of mean and it's a truth in the story that sells their music. Songs like "PART OF YOU" Is just a well written song that has a sound all it's own, other songs like "ADDICTION" is an awesome song that will have you listening to the words.

Downsiid was formed in 2000 by drummer Rich ‘B.rich’ Burgos in Killeen,Texas. The band entered the Central Texas music scene as a 4 piece that was a lot harder sounding and rougher than the Downsiid fan’s know today. The band originally was made up mostly of U.S Army soldiers stationed at Ft. Hood, Texas. B.rich started looking to make some line-up changes.

Singer Jason ‘String’ Atwood joined the band after a chance meeting with ‘B.rich’ at a local Tattoo Shop that String owned, and the voice of Downsiid was found. In 2003 DJ Akira MC joined the band bringing Hip-Hop, turntablism, samples and a hype man into the mix. Lennis Hayes and Jeff ‘Spanish’ C. complete the band on bass and guitar respectively. Both members are veterans of the local music scene and complete the hard partyin’, harder rockin’, tear the roof off your club Texas band known as DownsiiD.

Downsiid has enjoyed independent success with their releases: ‘Karma: The Rebirth’ and ‘The Evolution of Ghetto Rock'. They have toured the country on self funded tours to include their annual indie fest ‘The Siid Show: Rock N Roll Circus‘, which is in it’s 5th year and now includes 8 Texas cities, “Girls, Grills and Guitars Tour” and “The Freedom Tour” which took them to towns neighboring military bases throughout the South.

To date DownsiiD has sold over 10,000 copies of ‘The Evolution of Ghetto Rock’ and are preparing for the release of the highly anticipated follow up, ‘Life of Lies’ featuring tracks by Andy Waldek (Daughtry, Earth to Andy), production by Roy Z (Judas Priest, Halford) and mastering by Maor Applebaum (Halford).

What ever you do, check these guys out. You can thank me later.

Hit up their fan page HERE.

Hit up their reverb page HERE.